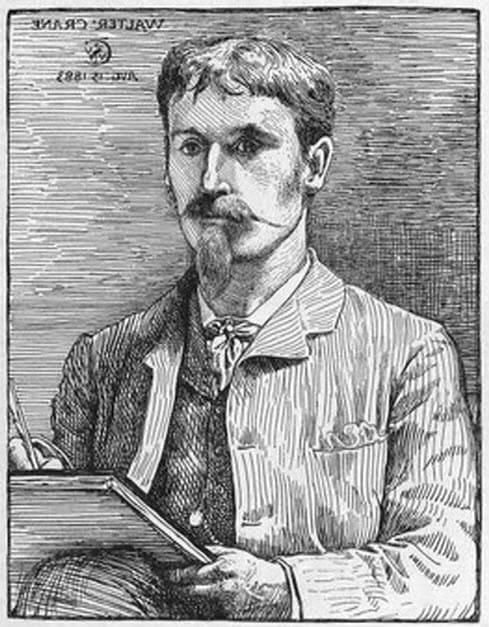 Walter Crane (born August 15, 1845 - died March 14, 1915) was an English artist and illustrator. He is primarily known for his illustrations of the Faerie Queen as well as numerous children's books, however he also worked on designs for political pamphlets and even wallpaper, ceramic tiles and other decorative art.

Crane was a committed socialist who saw art as a tool for transforming society. Much of his noncommercial art work was devoted to illustrations for various socialist periodicals and propaganda posters. He was involved in various social causes and reform movements.

In his influential book, The Claims of Decorative Arts, Crane argued that decorative art is not a lesser form of art compared to painting or sculpture, and indeed one cannot have high art "where there is no beauty in everyday things, no sources of harmonious thought about us." He compared the decorative arts to the soil from which flowers bloomed. Walter Crane lamented that capitalism distorted man's artistic abilities by motivating him to devote himself to material gain at the expense of beauty. He described the capitalist system as an "unwholesome stimulus" which promoted the creation of cheap and commercial art, which he called a "catch-penny abomination." Crane prophesized that art, especially the crafts, would flourish in a socialist society once the individual was freed from the bounds of wage slavery and would be able to devote himself to artistic pursuits. 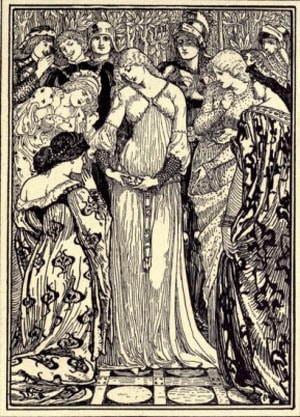 During the 1800s Walter Crane was considered Britain's greatest socialist artist, and he was asked to illustrate many socialist publications. However his best work was non-political in nature. He earned a good living doing book illustrations, and he was especially in demand as an illustrator of children's books such as nursery rhymes, fables and alphabet books. His drawings often featured child in the garden motifs, and were extremely influential in shaping the direction of children's illustrated literature, along with his collaborator, the printer Edmund Evans.

Walter Crane was a close friend of artist William Morris, a fellow socialist, who also shared his artistic views. Together with Morris, Walter Crane was a leader in the Art Nouveau and the Arts and Crafts artistic movements. Despite his versatility as an artist and the wide range of his subject matter, Crane was always best known as a children's book illustrator. His contemporaries included fellow illustrators Kate Greenaway and Randolph Caldecott [updated].

Crane would eventually rebel at being pigeon holed as a "mere" illustrator of children's books, and he attempted more serious art including allegorical paintings. However success eluded him, and the galleries would not exhibit his paintings, and he returned to his more successful career as an illustrator. 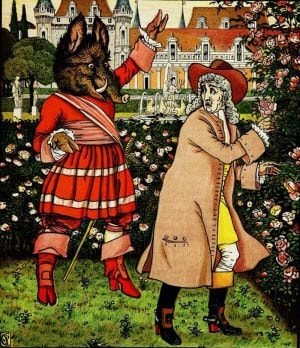 Walter Crane illustrations are noted for amazing, vivid details, sometimes bordering on the surreal. He had an unmistakable and distinct style, while at the same time he was clearly influenced by medieval wood engravers and illuminated books.

Crane was noted for his joyful dedication to his art. However his life ended on a tragic note. His wife, Mary Frances Crane, was found dead on the railway tracks near Ashford Kent in England; they had been married for 44 years. A coroner's jury rendered a verdict that the death was self inflicted while Frances was temporarily insane. Crane was broken hearted and died in hospital just 3 months later, leaving behind three children.

Here are galleries of some of his best works. 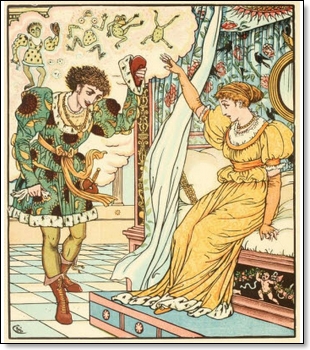 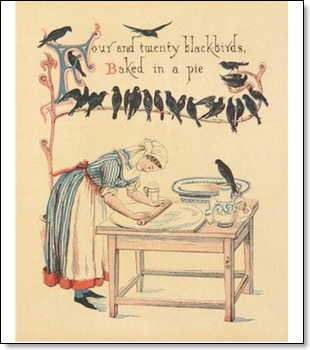 Sing A Song of Six Pence 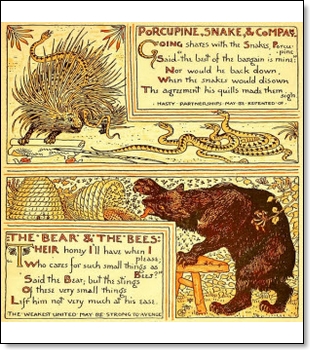 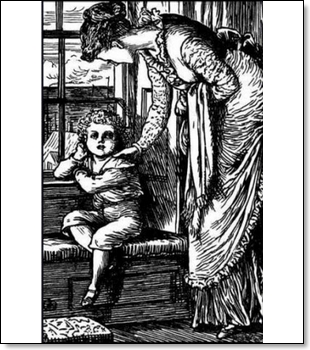 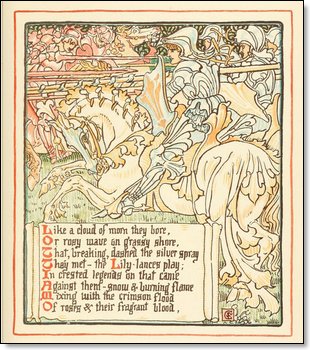 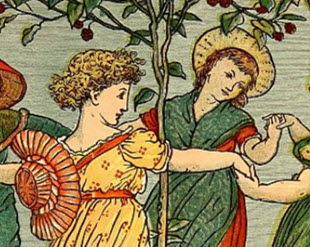 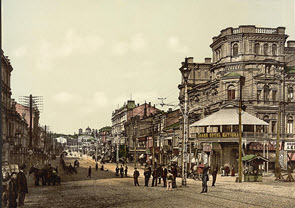 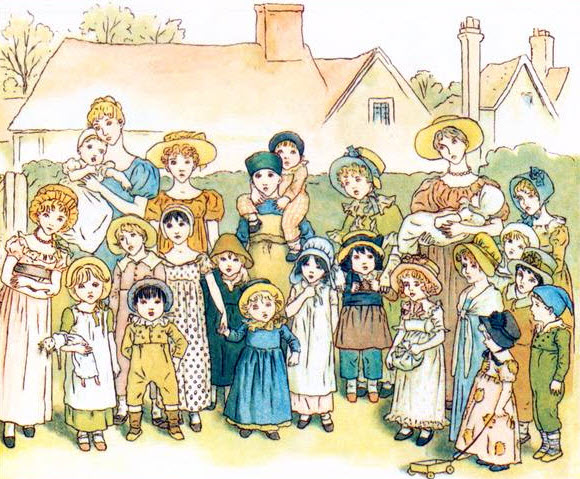